(with the collaboration of Dr. David Fletcher)

Dr. David Fletcher is the owner of CLA, Chiropractic Leadership Alliance. David and I go way back!

David created Week 14 of the Boot Camp, which is AWESOME!
For those of you who don’t know, the 56-Day Chiropractic Boot Camp is an unbelievable tribe of individuals who love Chiropractic, who love life, and who love each other. We, as boot campers, are doing everything that we can in order to live to our OPTIMUM POTENTIAL.

I asked Dr. Fletcher to do Week 14 to help with CERTAINTY.
We are so blessed to have Dr. Fletcher as a coach and we are just amazed at the clarity and purpose he brings through his experience and teaching.
So I wanted to share a little bit about him and what you can glean from his amazing journey.

Dr. David Fletcher was a product of the Canadian 1980s. He describes it as a time where Chiropractors basically got the publicly funded table scraps. His first practice was in a town of about 3,500, in “cow country” as he calls it. But what was unique about his start, was that Dr. Fletcher instantly fell in love with the community around him. It was a surprise to him, and just like with the tiny town, Dr. David Fletcher had fallen in love with the philosophies of Chiropractic. His background being in mathematics, he loved both the intricacies of the sciences and the purity of philosophy. Dr. Fletcher says that as a math mathematician, he found chiropractic to be very logical. But what really made things come together for him was finding the soul of the whole principle of chiropractic. He claims that that coherence is what made his life extremely organized at the time, and still today.
After his amazing experience in “cow country,” Dr. Fletcher moved back to Canada, where he started to do some research on human performance and different chiropractic instruments. This led him to find Chiropractic Leadership Alliance. His intense involvement in CLA led him to become the natural next owner of it. Through his many years at CLA, seeing it sprout into something profound, he has learned this, and I quote: “You can take a a fabulous idea, and use the best chiropractic principles, applied with today’s technologies, and grow a fabulous life around it.”
THIS is what Dr. Fletcher teaches in the Boot Camp: how to use THE BEST principles with THE BEST technology to create THE BEST chiropractic practice possible.

Something else I wanted to share about is a conversation Dr. Fletcher and I had about how sometimes, the worst salesperson is the one who knows a ton about the product, because then they get wrapped up in the features and in teaching instead of SELLING IT FIRST.
It is so important that we act as a sales person right from the get go, because that’s what we are as chiropractors, and in order to sell it, we have t be COMPLETELY CONVINCED of the value we are providing. A lot of being convinced has to do with your perception of what it is you do.

Let me tell you a funny story, when I was picking the Boot Camp logo, I thought it was blue. I’m partially color blind, and so all I knew was that I liked this certain color that I had seen on a sample of a company hat. So I said, “I really like that blue hat.” And the lady helping me said, “There aren’t any blue hats.” My husband then told me that the hat I liked was purple. So I went with the purple, which in my mind is still blue.

I think that’s where certainty grows, in our own perception. Purple, blue, and whatever else it is, in Chiropractic, the one thing that doesn’t waver is the results of our adjusting. This is where chiropractors need to have the most certainty, because this is what we sell.
I think that many Chiropractors jump into a care plan with great intentions, but they have some doubt. They have doubts about whether they can deliver, and I think that it’s so critical to get this worked out, because there’s a saying that I’ve coined, and been well quoted on that says:”you get paid to the level at which you communicate and operate with certainty.”
I really truly believe this.
I’ve found that many Chiropractors limit their experience of telling people about the greatness of Chiropractic, not because Chiropractic doesn’t work, but because they doubt it. So for instance, both the chiropractor and the practice member are pretty sure that if the Chiropractor stretches a muscle or manipulates a spine, then it’ll help the person who’s having an episode of back pain.
But if the Chiropractor were to say to the practice member or future practice member, “Do you understand the devastating effects and subtlety of your own human health and potential?” Then the practice member would probably be uncertain about that idea or have not heard much about it. This is where it’s really important for the Chiropractor to be absolutely certain of how they bring people to health.

Russell Brunson talks about something really applicable to this in his book called Expert Secrets. He talks about how you have to come to an over-arching belief about something for people to move, and he uses the example of Christianity. In Christianity, it’s about how Jesus died on the cross and he rose again on the third day, and there’re all of these tenets of salvation. But what Russel says is that, actually, if instead we could back up, and just show individuals how to believe in the Bible, then they would be able to accept ALL of the tenants of the faith. Because if they can accept that everything int he Bible is true, then they can accept that Jesus Christ died on the cross for their sins and that He is the mediator between us and Heaven.
So, in what we do, I believe that what we have to help people see is that their body was designed to be well and life expresses intelligence. But if there’s interference, you won’t be well, and if you believe your body was to be well, then we have to understand, the things that interfere with it.

I just love that way of thinking and I find it helpful, because a lot of Chiropractors’ conversations with their practice members tend to be filled with uncertainty. Part of that is because they don’t know or understand what you know, and part of thats because they are simply reading you, and can sense that you aren’t certain of what you are saying.

That’s why I asked Dr. Fletcher to be a part of the Boot Camp. So I will say this, if you’re reading this right now and you have questions about the Boot Camp, the best way to contact me is to shoot me a Facebook message, you can also email me at drb@DrBarbaraEaton.com.

We want you to be certain! If you need help, ask us. We want to help you, so that you can really and truly be released of your own interference, and so that you can show up at your MAXIMUM POTENTIAL.

Improve These 3 Things To Grow Your Business

I want share how improving these three things that will help you grow your business in record time. Just like in well being above, down, 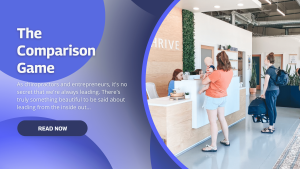 If you’re like me and other successful chiropractic colleagues, you’re always looking for ways to improve your practice. You may spend hours studying new techniques, coming 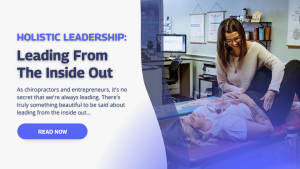 Leading From The Inside Out

As chiropractors and entrepreneurs, it’s no secret that we’re always leading from the inside out in some way. Whether we’re leading our children, community, leading 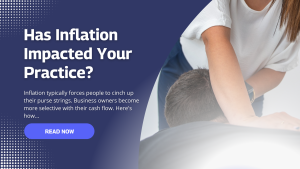 Has inflation impacted your chiropractic practice yet?

Send Us A Message